CALLING ON ALL JOURNALISTS AND ACADEMICS

A Hearing on ET Disclosure 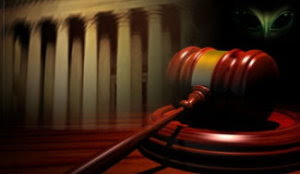 On Saturday June 25, 2016 one of the most significant events in Canadian UFO history will take place in Brantford, Ontario - the first Canadian National Public Hearing on UFOs.


Recent reports by Global Television, the CBC, and CTV indicate Canadians are seeing these strange craft in record numbers - in 2015 over 1267 UFO reports.

To address and investigate this modern day enigma an authoritative Canadian research and development team has been convened.

The research and development team has assembled an elite panel of international experts - lead by the Former Deputy Prime Minister of Canada and Minister of Defence The Hon. Paul T. Hellyer - member of the Queen's Privy Council.

This elite panel - featuring Mr. Hellyer - is prepared to present unimpeachable evidence that not only is the UFO phenomenon real but that the matter of UFOs has been discussed, analyzed, investigated and sequestered at the highest levels of governance on the planet.

Experts will present their case in support of the UFO reality, the existence of extraterrestrials and what world governments, Pentagon, White House, NORAD and Vatican officials know about this issue.

“Behind the scenes, high ranking Air Force officers are soberly concerned about UFOs. But through official secrecy and ridicule, many citizens are led to believe the unknown flying objects are nonsense. I urge  immediate Congressional action to reduce  the dangers from secrecy about Unidentified  Flying Objects...” Admiral Roscoe Hillenkoetter, Director of the CIA (Letter to Congress, 1960)

The development team is offering media journalists from across Canada and the US the unique opportunity to examine and challenge this category of evidence in an open and public hearing.

The development team is looking for skeptical yet open-minded journalists, broadcasters and academics to participate on a panel asking the tough questions of some of the leading experts in the field of UFOs and extraterrestrials.

Have you ever considered finding out what this bizarre phenomenon is all about and challenging the world’s top researchers on the facts they present? If so this is your opportunity.

The Public Hearing will feature testimony by internationally-acclaimed experts. The issues and documentation will range from: 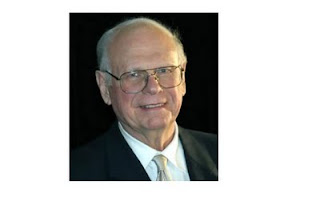 Hellyer – former Canadian Deputy Prime Minister and Minister of Defence, the highest-ranking former government official to acknowledge the existence of ETs and the world-wide government cover-up. 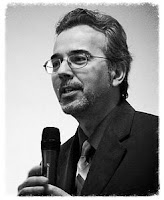 Dolan - an American UFO author, researcher and historian. He’s one of the most sought after UFO experts for late night radio and television series. Richard co-authored "AD: After Disclosure: The People's Guide to Life After Contact" with television producer Bryce Zabel.

Bassett - a U.S. lobbyist actively involved in getting the U.S, government to come clean about what it knows about UFOs and alien contact. Stephen is the Executive Director of the Paradigm Research Group in Washington DC. 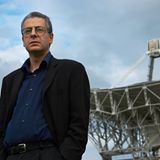 Pope - a UFO author, who previously ran the UFO investigation department as a former official with the British Ministry of Defence. Also an expert on the famous Rendlesham Forest incident often called Britain’s Roswell.

Cameron - a Canadian UFO researcher specializing on what the Presidents know and the connection with pop music and ET consciousness. 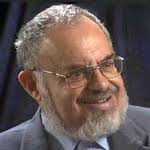 Friedman - a retired nuclear physicist and expert on the 1947 Roswell incident and Majestic-12 - the secret government organization involved in decades of UFO cover-ups.

Walton - one of the world’s best-known abductees, whose book “Fire in the Sky” was also turned into a Hollywood Movie. A real-life documentary of the incident and his life entitled “Travis -The True Story of Travis Walton" will also be screened at the Expo.


THE HEARING
The Public Hearing will take place on Saturday June 25 at the Brantford Best Western Plus Inn.

This event is expected to receive international coverage.

The testimony presented will be both politically stunning and intellectually challenging.

Canadian radio and television broadcaster Richard Syrett will preside as the hearing moderator.

SOME HISTORY
Six of these experts were among the many who participated at the Citizen Hearing on Disclosure held in Washington, D.C. at the prestigious National Press Club in 2013 before former members of the US Senate and Congress.

Now, for the first time in Canadian history a panel of internationally respected experts will present their analysis of the social, scientific, national security, military, theological and political implications of this highly controversial issue before an equally esteemed panel of journalists, academics and broadcasters.

WANT TO BE PART OF THE PUBLIC HEARING JOURNALIST PANEL?
Here's how.

First - understand that nothing is out of bounds nor is any question too challenging.

Second - the development team is looking for people who are skeptical but sufficiently open-minded to listen to the testimony, then test the experts with their best questions.

The hearing adjudicators will consider it an honour to have you serve as one of the questioners on the hearing panel.

In consideration of your participation, you are also invited to join us for lunch on Saturday and to attend dinner on Friday June 24 featuring all experts, who will speak at the conference.

The development team also invites you to an exclusive lecture on Canadian Monetary Reform by Paul Hellyer following the hearing.

Please use the contact details below should you have any questions. Looking forward to hearing from you.

The First Canadian National Public Hearing on UFOs is part of the ALIEN COSMIC EXPO.