Next on The Files of the Disclosure Agency

Toronto [ZNN] Steven Bassett Executive Director of the Washington DC based Paradigm Research Group is in conversation with ZNN’s News Director Victor Viggiani in this episode of the FILES OF THE DISCLOSURE AGENCY.

“This is not a partisan issue.” Steven Bassett.

- HOW HAVE WE ARRIVED AT THIS POINT IN THE PROCESS OF LIFTING THE 70 YEAR-OLD VEIL OF SECRECY IN BOTH MEDIA AND GOVERNANCE?

- HOW ARE THE MAJOR PLAYERS INVOLVED? 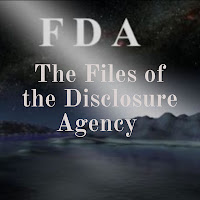 “Stephen Bassett, a lobbyist and longtime expert on UFOs and possible government and military involvement in the phenomena, predicts that congressional hearings on the events will soon take place.”
By Jennifer Harper - The Washington Times - Sunday, May 23, 2021

"The public profile of UFOs and unidentified aerial phenomenon — UAPs — continues to intensify following the recent public releases of telling military videos offering proof of such phenomena — followed by serious media coverage of the possibilities. A veteran in the field, however, has already been at work seeking out the truth of the matter. Stephen Bassett is a registered lobbyist, director of the Paradigm Research Group and founder of X-PPAC, the Extraterrestrial Phenomena Political Action Committee, launched in 1999. Mr. Bassett has leaned on lawmakers, the White House and assorted officials for years, urging them to disclose what they know about the extraterrestrial presence on Earth." [Excerpt]

Read the full story at - The Washington Times

For some Navy pilots, UFO sightings were an ordinary event:

‘Every day for at least a couple years’