Toronto [ZNN] ZlandCommunications has learned that ICER - the International Coalition for Extraterrestrial Research has announced that it is expanding its membership representation from 27 members to 29. 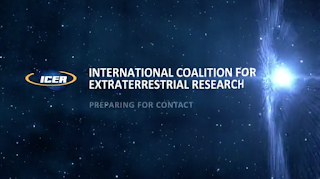 ICER is a not-for-profit organization comprised of scientists, academics and leading UFO/UAP researchers from 29 countries on 5 continents. ICER maintains that as a global association it is unanimous in its recognition that we are not alone in the cosmos and that Earth is being engaged by off-world civilizations.

THE INTERNATIONAL COALITION
FOR EXTRATERRESTRIAL RESEARCH
IS PLEASED TO ANNOUNCE AN INCREASE OF ITS NATIONAL REPRESENTATIVES FROM 27 TO 29.
_______________________________
Why is this announcement by ICER significant?
According to the ICER Executive, ICER is the only international organization that now represents 29 countries on 5 continents that examines UAP (unidentified aerial phenomenon) and an Extraterrestrial presence.
An ICER spokesperson told ZNN, "This initiative - in preparation for co-operation with international governance, other UAP research groups and ultimately the United Nations, is a global approach to the UAP issue. The spokesperson went on to say, "ICER is unlike any other UAP organization that exists currently."
NEW ICER REPRESENTATIVES
To review the entire ICER press release and to view the profiles of all of ICER's representatives visit: https://icer.network
ICER's Position on the DNI UAP REPORT - HERE
ICER Promo Video - HERE
Contact details for interviews and information:
Gary Heseltine VP - heseltinegary@hotmail.com
Don Schmitt - US Continental Director - donald.schmitt@att.net
###