International Consortium Declares: We Are Not Alone 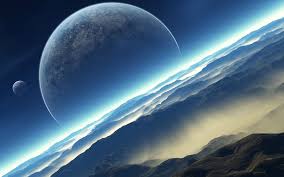 Toronto Canada [ZNN] Planet Earth could soon be in for an extraordinary awakening of cosmic proportions if the release of a manifesto concerning the reality of unidentified flying objects captures the attention of the world-wide press, world institutions and governments.


ZlandCommunications - a Canadian news service has learned that an international consortium of advocates committed to the full acknowledgement and disclosure of the UFO reality and an extraterrestrial presence says it has substantial evidence that proves we are not alone in the cosmos and that world governments have known about it for decades.

Their goal is to make this assertion known to the entire global community.

In its soon to be released manifesto, THE DISCLOSURE ACTIVISTS - a globally designed think-tank of research experts - wants to define and address unacknowledged issues surrounding the UFO/ET reality as fact - not fiction.

A spokesperson for the group indicated to ZNN - THE DISCLOSURE ACTIVISTS will soon be distributing a press release indicating governments are preparing citizens for a major disclosure announcement about the fact that extraterrestrial intelligences have been and are engaging planet Earth.

This shocking statement - one that according to the co-founders, is backed-up by declassified government documents, witness testimony and other stunning evidence. 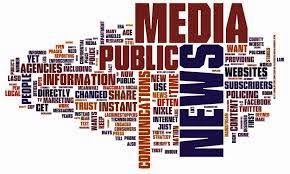 All of this will undoubtedly come as a huge surprise to a mainstream press that has repeatedly ridiculed and rejected even the slightest notion that governments have been withholding the truth about UFOs from a well-conditioned and unsuspecting citizenry - essentially because the press and professional institutions have neither examined nor thoroughly investigated any of the evidence.

The spokesperson went on to say, “Our manifesto is not a localized or mundane series of proclamations about UFOs. Far from it. The manifesto is broad-based and well-designed to achieve five primary goals:

First, it will point to the global and systemic nature of the UFO phenomenon.

Second, it will challenge the United Nations, all nation states, the press and international institutions to recognize the existence and legitimacy of an irrefutable compendium of declassified and classified documents obtained from government data storage facilities about unidentified flying objects.

Third, it will provide decisive evidence that craft of non-Earth origin continue to enter our airspace with impunity.

Fourth - our consortium will provide evidence that these craft and their propulsion systems and technologies depend on an arcane source of free energy that could eliminate fossil fuels.

Fifth, our manifesto will show - beyond any doubt whatsoever that the UFO phenomenon has been discussed, analyzed, assessed and sequestered at the highest levels of governance and military and intelligence authority on the planet.”

According to Dr. Lisa Galarneau - co-founder of THE DISCLOSURE ACTIVISTS - she indicated to ZlandCommunications;

"We know without a doubt that our planet is being engaged by off-world civilizations that are extraterrestrial. As an activist group, we are committed to uniting various research groups and organizations in order to get this story out to mainstream audiences."

Among their many allegations THE DISCLOSURE ACTIVISTS is preparing to address the following issues:

1. We are not alone in the cosmos.

2. Encounters by citizens and commercial and military pilots with craft of unknown origin are not only frequent but well-documented by aviation and military agencies around the world.

3. Space agencies like NASA are not ignorant of these encounters.

4. Vast amounts of evidence are routinely ignored or covered up by government agencies with the tacit co-operation of certain US national news organizations.

5. Despite recent efforts by government agencies, like the CIA, whistleblowers and leaks to disclose the off-world presence, no world authority has given any confirmation to these disclosures.

Finally, Galarneau went on to say: "We do not accept arguments suggesting there is no proof of this activity nor do we accept ridicule or stigma when discussing these serious topics." 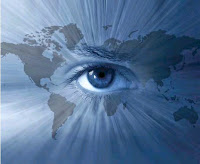 This allegation is clearly substantiated within a CIA document:

“Flying saucers pose two elements of danger which have national security implications. The first involves mass psychological considerations and the second concerns the vulnerability of the United States to air attack. Both factors are amplified…” Ref: CIA Library

This CIA assertion is in direct contradiction to the United States Air Force statement on UFOs. It states:

“No UFO reported, investigated and evaluated by the Air Force was ever an indication of threat to our national security.” Ref: USAF UFO

The group also indicates it will address government documents and witness testimony that validates the CIA and other international government agencies have in fact paid very close attention to and investigated the UFO phenomenon from as early as 1952 to the present.

ZNN undertook its own investigation in order to substantiate some of this group’s claims.

ZNN can confirm it has received direct confirmation from the NORAD Commander in Colorado that he has released information to ZNN indicating that over the last five years an average of 1800 unknown tracks (UFOs) per year have been tracked on radar. The NORAD Commander has also released notifications to ZNN that NORAD has encountered an average of 75 intercepts of unknown tracks per year over the last five years. Ref: NORAD

Final Analysis and Resources:
THE DISCLOSURE ACTIVISTS seem to be onto something substantial. It appears the CIA and the National Security Agency (NSA) have been pursuing the UFO matter for decades. Ref: NSA on UFOs and CIA Flying Saucers

ZlandCommunications eagerly awaits the dissemination of THE DISCLOSURE ACTIVISTS’ press release and their manifesto. 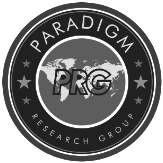