New Vision for Disclosure - Two rebels with a cause


Two new and revolutionary disclosure activists have burst onto the UFO/ET scene. To describe them as rebels is an understatement. Everything from military secrets, government UFO documents, secret space programs and insider whistle-blower testimony - to crop circles and exo-consciousness is now on the table. These revolutionaries seem bent on changing the planet one day at a time.
Journalists - take note.

Toronto [ZNN] ZlandCommunications has learned that a new ET Disclosure group has been founded.

According to its founders Dr. Lisa Galarneau and Russell Calka, The Disclosure Activists group has plans to approach the disclosure of an Extraterrestrial presence from an aggressive and multi-level platform.

In discussion with one of the founders Russell Calka - he indicated to ZNN that the group's unique and fact based approach is rooted in decades of accumulated evidence, government documents, science, building collaborative relationships with the press, engaging international institutions and establishing grass-roots strategies to heighten global awareness of the ET presence.

In one article Dr. Galarneau cites an Associated Press article in which a CIA report released news of UFO activity over nuclear installations of the Strategic Air Command in November of 1975. This, Galarneau reiterates, is only one of the thousands of the CIA's recently released FOIA files on UFOs.

One can only wonder if mainstream media will take UFO documents released by the CIA seriously or criticize the BBC and the Associated Press as well as the CIA for publishing factual government files as 'fake news'.

While the two principals in this new disclosure advocacy fully understand and recognize the political, military and national security implications of the UFO/ET cover-up - commonly referred to as the Truth Embargo - Galarneau and Calka are primarily focusing on mainstream media to get their disclosure message out.

By engaging the media as the major conduit through which an authentic global dialogue can occur - Galarneau and Calka hope to pressure governments, science and other institutions of learning to recognize the ET presence as the single-most important and revelatory occurrence in human history.

Both Calka and Galarneau have appeared on North American radio and web podcasts to reveal their unique strategies. They plan on many more.

"I have come to the final conclusion that the only thing that will save this planet from self-destruction and allow the Human species to advance our development amongst the stars is the formal acknowledgment of an Extraterrestrial presence."

A careful review of The Disclosure Activists web site will reveal a 'no nonsense' approach by Calka and Galarneau about the need for full acknowledgement of an ET presence. 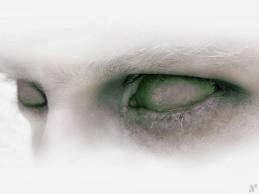 This is readily apparent in their articulate treatment of how revolutionary ET technologies have been experimented with by the US government - while these technologies remain hidden from the eyes of the media and the public.


According to Galarneau and Calka the media has selectively chosen to ignore and in some cases ridicule these technologies as implausible - both seem bent on changing this entrenched media mind-set.

In one of her many articles Dr. Galarneau states -

"We are aware that there are a number of suppressed technologies, including free energy, that have been withheld from our citizenry. We know that extraterrestrial craft have been reverse-engineered and that our military and space programs have craft of their own."

In a dramatic inaugural tactic The Disclosure Activists group principals - Galarneau and Calka - have assembled a petition that will be presented to 49 countries and the United Nations.

"Two decades after the end of the Cold War it is no longer acceptable for any nation, organization, or media/press outlet to withhold from our world's citizens the truths confirming that we are not alone in the universe. Indeed we are being visited by extraterrestrial lifeforms and have been for decades, as evidenced by unexplained phenomena world-wide. Until this 'truth embargo' is ended, governments, organizations and world citizens will not engage, the universities will not teach, the media will not properly cover, and granting institutions will not fund the myriad of profound issues relating to extraterrestrial phenomena and their impact on humanity."

How this radically different disclosure initiative influences and awakens the media is yet to be determined but there is little doubt Galarneau and Calka mean business of the ET kind.

Although most in the mainstream media will not know how or why they must turn to the next page in this new Disclosure Activist narrative - it is clear that if a brave journalist or a courageous publisher does choose to engage the ET issue -  Galarneau and Calka want to make sure somebody somewhere in a newsroom near you is in line for at least a tip of the cap from Bob Woodward and Carl Bernstein or... at most - a Pulitzer Prize.

Journalists - take note - this is a cosmic Watergate that awaits your discernment.

Contact and bio information on The Disclosure Activists: http://www.disclosureactivists.org/about.html

For text-only rendering of this press released go to: PR-ZNN
###