Could the US Navy revelations and Pentagon UFO videos be a smoke-screen for something even bigger? 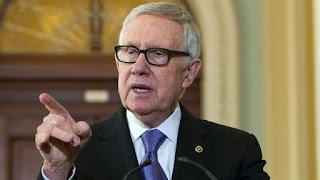 Toronto [ZNN] It didn’t take long for Senator Harry Reid to again comment on the Pentagon’s official acknowledgement that videos of UFOs are real. The Senator appears to have specific insights into the reasons behind the US Navy and Pentagon's recent revelations about UFOs.

Reid reiterated that other political figures need to come forward to publicly assess what the US Navy revealed in December of 2019 - facts that demonstrate craft of unknown origin are regularly entering US air space and there is little US jets can do about it.

Although the $22 million allocation of funds to the Pentagon spearheaded by Reid to operate a UFO investigation from 2007 to 2012 purportedly ran its course, more details appear to be emerging as a result of the investigations.


There may however be something else happening here that does not readily acquaint itself with the mind's eye.

The pattern of information-releases about UFOs that we have witnessed since December 2017 bears a striking resemblance to what is often referred to as a “limited hang-out”. The CIA is also well-known for this technique of mis-direction.


According to former special assistant to the Deputy Director of the Central Intelligence Agency Victor Marchetti, ‘limited hangout’ is a form of admission resorted to when a phoney cover-story can no longer be relied upon to misinform the public.

Here is how it works.

The manipulators admit to or even volunteer some form of the truth while managing to withhold key overwhelming or damaging facts. The results - the public and even the press are intrigued by the new information but never think to pursue the matter in more depth.

Might the Pentagon videos and the revelations by the US Navy be intended to distract or mis-direct a target audience away from even more sensitive UFO encounters using the 'limited hangout' technique?

Might this form of manipulation be a plausible explanation as to why so little media attention is being paid to what otherwise would be a bombshell revelation by the planet's most powerful military agency about UFOs interacting with highly sophisticated but helpless US aircraft?
________________________________________


A Smoke Screen is Required 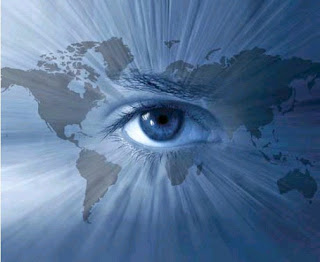 The Pentagon has never commented on nor has it ever publicly hinted at UFO incursions over US nuclear installations.


There is absolutely no reason to believe that the Pentagon is unaware of these incursions. In one such incident in 1967 at Malmstrom Air Force Base in Montana, a storage site for nuclear-tipped intercontinental ballistic missiles (ICBMs), Air Force Capt. Robert Salas Ret. testified in a notarized affidavit that several missiles became inoperative at the same time base security guards reported seeing a glowing red object, about 30 feet in diameter, hovering over the facility. Salas commanded ICBMs as a launch officer. The Malmstrom incident was only one of many incidents involving UFOs and nuclear assets in the United States. Others have occurred in the UK and Russia.

As authentic as they may in fact are, might the US Navy UFO videos, pilot testimony, radar technician reports, Navy policy changes to how pilots report UFOs and the recent Pentagon acknowledgement be a 'side-show' of sorts?

The intention? To shield other, more highly sensitive intelligence that concedes the US military no longer has control of the airspace over its massive nuclear arsenal due to UFO incursions? It is not hyperbole to suggest that an admission of this critical classification by the Pentagon or the White House would reek havoc in the US and among NATO allies.

ZlandCommunications is not yet prepared to predict an admission of this thesis by the Pentagon, however given:

a) The constant three-year drizzling of information about UFOs and military jets since December 2017, combined with,

b) The propensity of the US military and its associated intelligence arms to misdirect, misrepresent or otherwise lie - makes the use of the 'limited-hangout' propaganda technique a real possibility - one not entirely out of the question; and,

c) A misinterpretation of missile-shutdowns
by military officials as threat rather than a warning from advanced off-world civilizations designed to dissuade global militarists against the use nuclear armaments.

Rationale for a Limited-Hangout Scenario

Admissions by the US Navy and the Pentagon of suspicious videos of UFOs over US Pacific coastal waters would raise comparatively little interest compared to an official admission by the Pentagon that UFOs are tampering with the massive US arsenal of Intercontinental Ballistic Missiles (ICBMs).

The robust nature of the US Navy and Pentagon revelations about UFOs should have been a bombshell in national and international media - but it was not. The news continues but with only whispers of coverage echoing among select mainstream outlets and the tightly knit global UFO research community. All of the actors, key players and agencies have been carefully assigned their roles. With rehearsals staged over 60 years, it really was not that difficult to do this - all one take. Question is who got taken?

Has the US Department of Defence cleverly covered its tracks and future revelations about nukes and UFOs by manufacturing an alternative bait and switch routine without anyone figuring it out... until now?

So, does Senator Reid know more about what is going on than what has already been revealed and why is he reiterating his UFO/ET mantra for the second or third time? 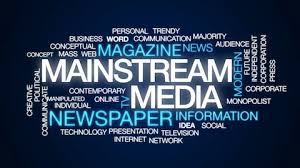 As strange as it may seem in this age when sophisticated journalists - whose job it is to get at the truth - often fall prey to this form of spinning re-manufactured lies or truth. As one pundit once suggested - "It's hard to tell if they're tightening the screws or loosening them..."

THESE SOURCES ARE PROVIDED FOR YOUR REVIEW
https://www.cnn.com/2020/04/28/politics/harry-reid-ufos-pentagon/index.html
and,
https://www.independent.co.uk/news/world/americas/aliens-ufos-real-pentagon-video-harry-reid-senator-a9504871.html

As always your comments are invited.
###