OFFICE OF THE DIRECTOR OF NATIONAL INTELLIGENCE RELEASES UAP Report 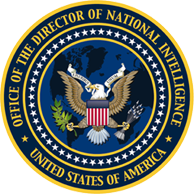 Toronto [ZNN] The long awaited UAP report by the Office of the Director of National Intelligence was submitted to Congress today.

Although some critics are panning the report, saying little was revealed about UAP specifics, the report is considered by many informed experts as the major first step in the US government's official acknowledgement of the UAP issue.

The BBC report goes on to underscore a number of key points in what it considers to be the necessary social change issues resulting from the Office of the Director of National Intelligence.
Read entire comprehensive BBC review HERE
Read the nine page DNI Preliminary Report HERE
ZNN will be following this story as it unfolds. Watch for UPDATES and assessments.
Use the contact details below to connect with the ZNNewsNet office.
###