Another academic calls for an end to UFO secrecy. 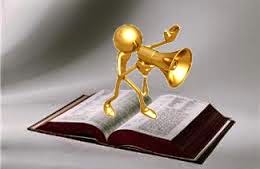 Toronto [ZNN] University of Missouri-Columbia adjunct professor in Peace Studies Bill Wickersham has made a call for an unfettered study of the UFO phenomenon. Professor Wickersham joins the growing list of professionals, academics and former government and military officials seeking government disclosure and an end to UFO/ET secrecy.

Wickersham reveals a stunning yet little known fact that philanthropist Laurance S. Rockefeller – a member of the internationally renowned Rockefeller family – tasked and funded UFO investigator C. B. “Scott” Jones Ph.D. to travel to Europe, China, Russia and other countries to gather data from government officials and ufologists regarding UFO activities in their country.

Professor Wickersham also reveals that according to Jones, there are a large number of government whistle-blowers who have already come forward to reveal much about government UFO secrecy and the U.S. government’s direct involvement in the UFO matter. Proof of this abounds as will be shown below.

In a particularly disturbing manner, as pointed out in Wickersham's Daily Tribune article, insider C. B. "Scott" Jones is quoted as saying that counter-intelligence programs, threats of fines and imprisonment by the U.S. government await those in official capacities within government and the military who dare to speak the truth about the UFO/ET matter. According to Jones, these threats appear to be becoming less effective as more and more former military and government officials come forward - renouncing their oaths of secrecy to publicly address the UFO/ET matter.

Wickersham goes on to outline the academic, political, social and religious reasons why the academic community must orchestrate a planetary response to the UFO/ET disclosure and contact issue in an unbiased and unfettered manner.

Professor Wickersham now adds his voice to those of a growing number of academics, professionals and government officials calling for studies on the UFO/ET matter and an end to UFO secrecy.

[Ed. Note: Journalists who may wish full documentation concerning the positions on the UFO/ET matter held by each of these professionals are invited to review the PRESS KIT below or contact ZlandCommunications directly.]

1. Why does mainstream press staunchly persist in evading and overtly ridiculing the obvious evidence pointing towards the reality and substantive nature of the UFO matter?

2. Why does mainstream media continue to ignore the clarion calls by professionals, authors, former government and military officials as well as NASA astronauts who have publicly and formally gone on record to demand an end to government secrecy surrounding this global issue?

Although not referenced in Professor Wickersham’s article and further to his incisive appraisal of this issue, it is note worthy that from 1993 to 1996 Laurance S. Rockefeller was also instrumental in pressing U. S. President Bill Clinton through Office of Science and Technology Policy advisor to the President – Dr. John Gibbons, to end the U.S. government’s massive secrecy network surrounding the UFO/ET question.

This dramatic action was taken by Rockefeller and his attorney Henry L. Diamond along with C. B. "Scott" Jones. Rockefeller's strategy reached directly into the White House and placed itself squarely onto the desk of the President of the United States. It is known as the Rockefeller Initiative.

It appears to be no coincidence that letters by and the role played in this initiative by C. B. "Scott" Jones extends Wickersham's firm contention that Jones has and will play a vital role in the disclosure by government about their involvement in the UFO/ET matter. [See PRESS KIT below.]

For more information on the Rockefeller Initiative go to: PRG or Presidential UFO
###
ZNN Contact details
The ZlandCommunications NewsNetwork
Toronto | Canada | zland@sympatico.ca | 905.278.1238
A news service that takes you to the edge… and beyond.